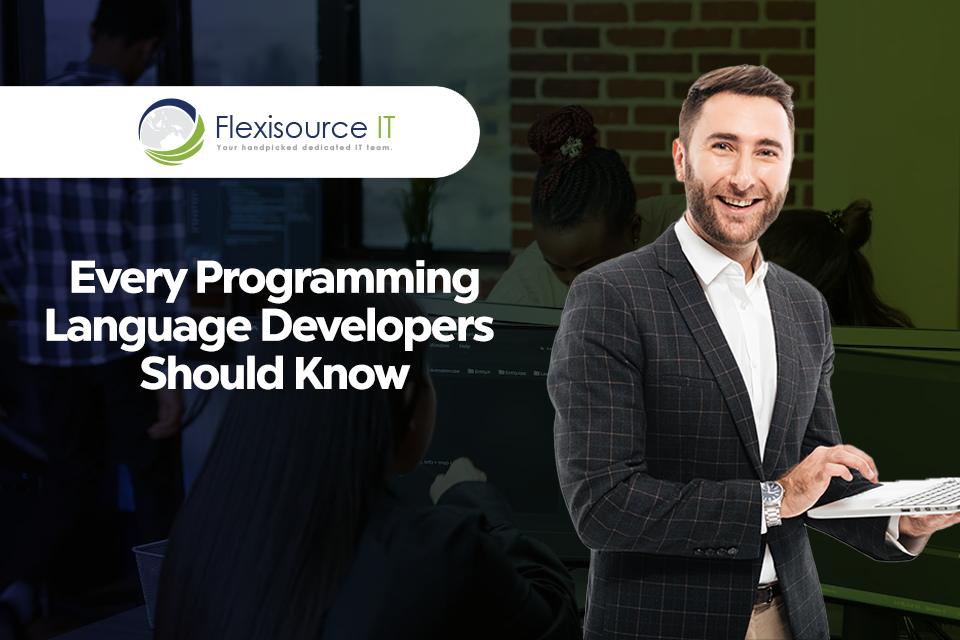 If you are thinking of venturing into an IT career path, you wouldn’t want to waste your time learning unnecessary programming languages. You want to ensure that the first programming language you understand is in demand and relevant in the market. After all, you will use it for the rest of your career.

There is no right or wrong answer when choosing your first programming language. It highly depends on the type of project you want to work on, your interests, learning flexibility, and existing skills.

10 Best Programming Languages to Learn in 2023 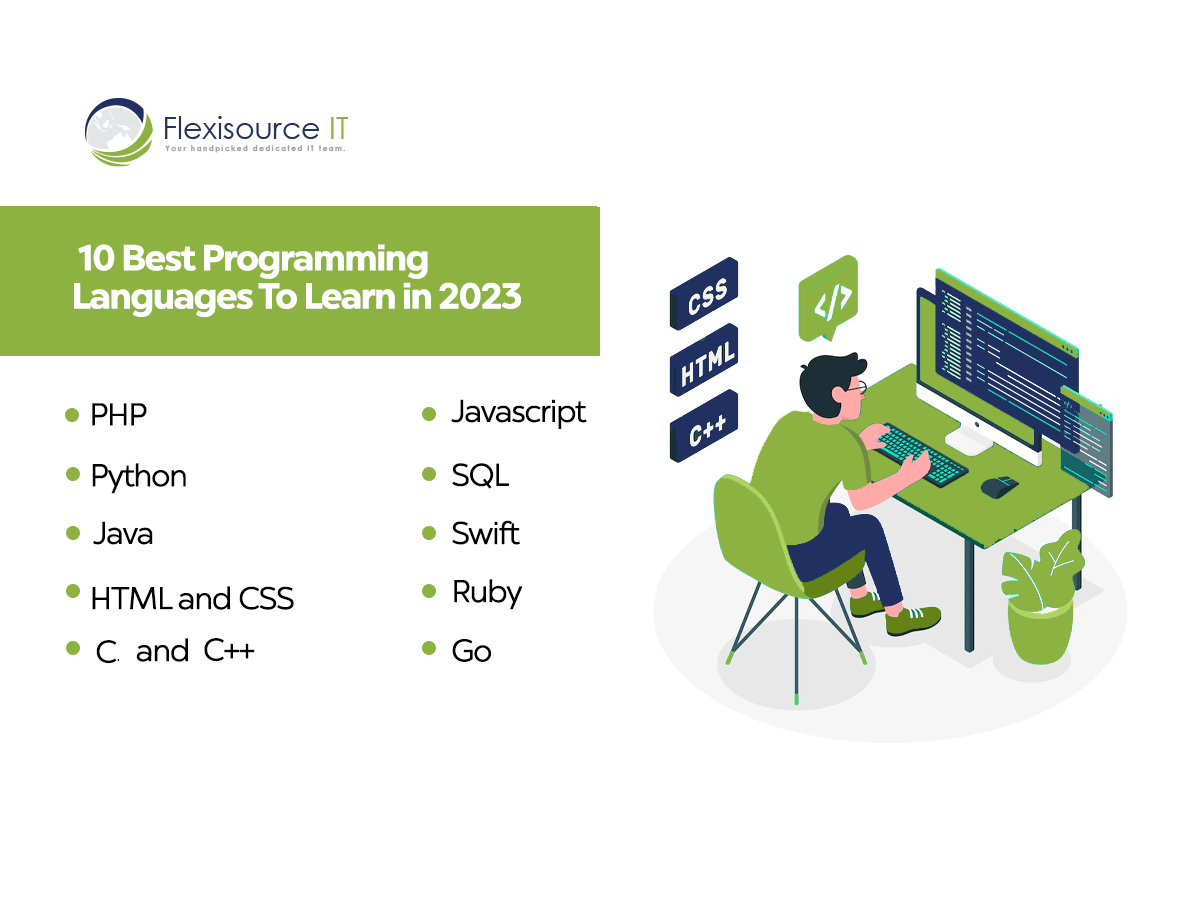 PHP is a general-purpose scripting language that is especially suited to web development. It can be embedded into HTML, allowing web developers to create dynamic web pages. Moreover, this programming language is among the most popular online languages, powering about 80% of all websites.

Likewise, here are the features of the PHP programming language:

Python is a programming language created in 1989 by Guido van Rossum. It has a simple syntax, and it is easy to learn. Python is an introductory language in some colleges and universities. Still, Developers can also use it for web development, data science, machine learning, and more.

In addition, this programming language is open-source, meaning the program’s code is available for people to read and modify. It allows programmers to share their code with others to improve on it and make new programs from it.

Here are some features of Python:

Here are the top features of this programming language:

HTML and CSS are the two languages that are used to create websites. HyperText Markup Language or HTML is a markup language that defines the content and structure of a web page. Likewise, here are some features of HTML:

On the other hand, Cascading Style Sheets or CSS is a style sheet language that describes how the web page should look. Here are also the top features of CSS:

C++, on the other hand, is an enhanced version of C. This programming language is an object-oriented programming language created by Bjarne Stroustrup as an extension of C. It was designed to make it efficient for high-level applications where performance was more important than ease of use or consistency. Likewise, it adds features related to object-oriented programs, such as classes, abstract data types, and inheritance. Here are some of its top features:

Moreover, this programming language has become one of the most popular languages for web development, with over half of all sites using at least some JavaScript in their codebase.

Here are some of its features:

SQL or Structured Query Language was initially developed by Donald D. Chamberlin and Raymond F. Boyce in the 1970s at IBM for the company’s System R database management system. This programming language ran on top of the company’s mainframe computers using batch processing.

Ruby is a general-purpose programming language for developing web applications or desktop apps. The best features of Ruby are:

Go is a programming language that was created at Google in 2007. It is a compiled, statically typed, garbage collected language with C-like syntax. Go was designed to make programming more accessible, productive, and fun.

Likewise, the best features of the Go programming language are its simplicity and the fact that it has no runtime errors. All programs written in Go are compiled ahead of time. Moreover, the compiler ensures that developers can catch all errors before executing the program.

Ready to learn your programming language?

Whether an established developer or a fresh IT graduate, learning a new programming language will take time, but as long as you have persistence, patience, and perseverance, you can start a career path in IT and development.

As such, we hope that this list will help you in your IT career journey. And if you are looking to jumpstart your career, Flexisource IT is hiring! Check our career page now!