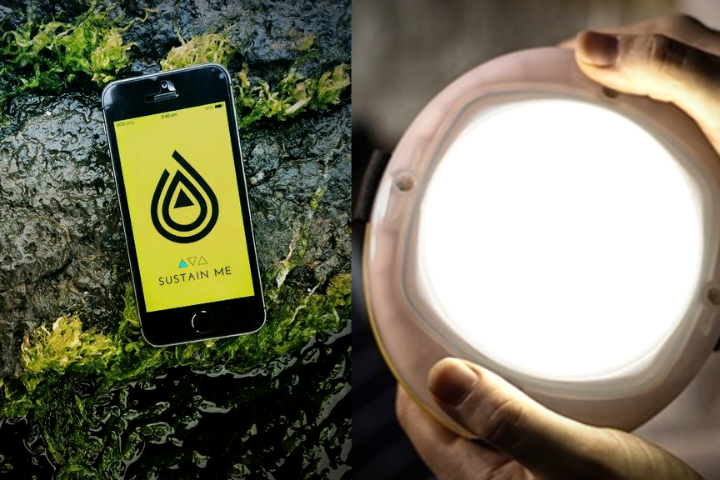 The effects of Global Warming and Climate Change are undeniable. In efforts to help the environment, some eco-friendly Australian startups developed various products and services in efforts to save the planet.

Each year, the detrimental effects of Global Warming and Climate Change are felt not by humans alone, but all of life on Earth. Here are five eco-friendly Australian startups driven to save Mother Earth with their innovative products.

With a desire to address global wildlife and environmental challenges, Founding Director Natalie Kyriacou established MyGreenWorld in 2013. She wants to teach children at an early age to be conscious about wildlife conservation through her designed and produced app “World of the Wild.”

The Melbourne-based social enterprise brings a different experience for its users because it’s an app that allows gamers to build their own wildlife sanctuary, and rescue, feed and provide medical care for different animals, and clean up oil spills to protect the animals.

It also has built-in competitive pop quizzes and puzzles designed to educate young minds about various animals and how they could be saved. Plus, each animal in the app represents a real-life charity.

Both our European Honey Bees & Stingless Native Bees #love foraging on #Greek Basil. We took cuttings from a strong bush. Instead if using cutting powder- We thought we'd experiment with #HiveHavenHoney. ? A quick #google search gave the heads up quoting… "The reason honey works well as a rooting hormone is due to its natural antiseptic and anti-fungal properties… After dipping into honey, place the cutting into the desired medium.' At #HiveHaven we farm both the European Honey Bee & the #Australian Stingless Native Bee. We respect our bees and honour their honey through gentle harvesting and cold filtering processing methods. We pride ourselves on quality not quantity! ?

After discovering a colony of bees in their mechanical workshop in Beerburrum in Ann and Jeff Ross decided to lure the bees into a box that started Hive Haven. Established in 2011, Hive Haven’s founders Ann and Jeff worked on growing beehives after their fateful encounter with bees. Ann developed an interest in bees and stingless native honey.

Coming from the family of apiarists, Jeff knows that there is a shortage of native honeybees globally. Together, they developed a 3D-printed hexagonal stingless bee box in 2015 to collaborate with beekeepers, scientists, and engineers. In 2017, they received funding from Queensland Ignite Fund for the development of Hive Haven V9.

Hive Haven V9 is designed to stabilise temperature and enable the harvesting of stingless native bee honey and propolis. Insulating the hive for hot and cold climatic conditions prolongs their lifespan, surviving the otherwise anti-climactic areas.

Pondering about identifying different types of recyclable plastic and recyclability of broken glass, Sustain Me founder Stephen Halpi developed an innovative app that helps you recycle.

Released in 2015, Sustain Me app aids users in recycling day-to-day items and proper waste management in a convenient manner. The app takes away the tedious, ineffective and inaccurate way of finding reliable information about recycling and waste management.

If we’re looking for innovation, Nature Mapr is another strong contender in our eco-friendly Australian startup list. Nature Mapr is an innovative cloud software platform that assists organisations in collecting, managing, and analysing information about the natural world.

Aaron Clausen and the team behind the software is determined to document and include every plant and animal species in their database. They also want those in positions of power to notice and protect these important species. Every NatureMapr project is a collaboration between the government and the local community.

Why hey there Australia, it’s nearly the 30th of June, which means only a few more days to donate and get a tax deduction for this year. Any donation amount helps grow projects like our Mentor Mentee Program, where women learn from their peers to reach more communities. Thank you ? . . . #pollinategroup #eofy #australia #donate #womenempowerment #sdg5 #sdg1 #sdg7 #givetoothers #changemakers

According to the International Monetary Fund in 2018, India is considered the 7th largest economy in the world by GDP  and have an estimated number of 1.3 billion people in 2019.

Even when the country is one of the most prosperous in the world in terms of GDP, millions of people in India are still unable to access reliable energy like cooking and lighting in remote areas of the South Asian region.

In an attempt to address this problem, a team of volunteers and Pollinate Energy (now Pollinate Energy Group) Board of Director Alexie Seller (currently exited as CEO) that aims to empower communities through innovative social enterprise clean energy solutions. They help developing communities in India and Nepal to have empowered citizens, especially women and help them lead their communities out of poverty.

People are encouraged to ‘be on the edge’ raising money for endangered wildlife – participants pledge to complete the most popular of three challenges, as voted by family and friends. https://pjj52.app.goo.gl/WvwqKdkS3zVCEDyJ9

This pledging model is an easy way for people who wish to participate by signing up and have family and friends vote on three challenges and complete the most voted one to raise funds. It brings in collaboration and bonding to families and friends. The money raised on completion of these challenges goes towards the efforts to save wildlife from extinction.

With the issues in the environment, various efforts are done to save the environment. The eco-friendly Australian startups that develop their environmentally-friendly and innovative products to help Mother Nature.